I remember attending the Toronto Comicon for the first time two years ago. I did not know what to expect and I was convinced to participate in cosplay, although it was outside my comfort zone. I slowly felt at ease once I witnessed everyone else dressed up. Soon enough, I became excited by all the comic-themed vendors and spent my money on Harry Potter make-up brushes and Batman key rings.

By the end of my adventurous day, I was starving. When it was time to grab a bite to eat, I suddenly remembered that I was dressed up in a wig and desperately wished I could go somewhere without drawing attention to myself.

With Toronto Comicon coming up this month, countless fans will also pay homage to their favorite superheroes and villains. And what do superheroes and villains have in common? They get hungry just like us, or sometimes they just want to blend in with the crowd. With these restaurants and bars in Toronto, you can continue “nerding” it out by playing games or eating comic-themed meals.

Our new cocktail menu has launched and we can't wait for you try it!

Comic book characters are usually in disguise, and you could say that Figures is a restaurant in its own disguise.  Entering the restaurant, the visuals on the wall draw your eyes. The place appears to be a vintage toy and comic shop decorated with comic book wallpaper. Comics, collectibles and figurines are also for sale. As fascinating as the lobby seems, there’s another universe to discover once a door swings open to reveal a cocktail bar full of appeal. Their cocktail menu adds to the ambiance with drinks paying tribute to fan favorites, such as Spiderman with the Web-Slinging Spider Hombre cocktail and my personal favorite, the Poison Ivy.

What are you all Super Sayian 2Night!!? DBZFighterz at Power Up!!?? #ps4 #dbz #dbzf #dayone

While I am dressed as Erza Scarlett from Fairy Tail, I envision myself battling against my rivals. At Power Up Game Bar, we can do just that, playing video games on the console of our choosing such as PlayStation 4, X-Box, or Wii. Power Up Game Bar offers hundreds of games for you to play, whether you are a hard-core gamer or someone who hasn’t touched a remote controller in ages (such as myself).  As I play games from the Metroid series, I celebrate one of my favorite characters, Samus Aran, by sipping on a gin cocktail named after the Intergalactic Bounty Hunter herself.

Storm Crow Manor is known as Canada’s nerdiest bar. Originating from Vancouver, Toronto recently opened its own location where you can expect nerdy décor, comic-themed menus, board games, and TVs with Game of Thrones running. If you’re a Harry Potter fanatic like me, you can grab a Butterbeer from the bar or you can decide to go into the “dark side” and drink from Darth Vader’s helmet. I would like to commemorate the Canadian graphic novel series, Scott Pilgrim, and try his Precious Little Lasagna while I fight off the world

Every year Toronto Comicon brings the fandom community together in one convention, but that community shouldn’t last for just one weekend. Bring your new community to See-Scape, a sci-fi bar and café where you can drink, eat and play board games or video games in one of the four sci-fi-themed booths. What makes See-Scape unique is that it prides itself on being a community space or hangout spot for people who love art, science fiction, and games. The café is also an art gallery where it teaches workshops, hosts events, and offers “Tech Nights.”

If you’re looking for a place more retro, try out Tilt Toronto. Tilt is Toronto’s largest vintage arcade bar with 50 arcade and pinball machines that are set on Free Play. You will instantly recognize classic arcade games while discovering unexpected ones too such as The Addams Family or Aladdin’s Castle.  When I’m done playing Ms. Pacman or Ghostbusters, I will spend the rest of the night playing skeeball with a brew in my hand.

Nicolette Mendoza is a freelance journalist and content creator who currently works in an editorial newsroom for private and public companies. She has a passion for travel photography and covers written topics on health, wellness and lifestyle. Nicolette's published works can be found on CBC's The Buzz, The Mighty, The Travel Agent Next Door, and SASHION. 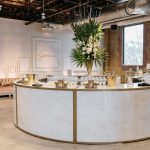 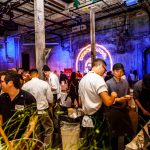