The first is the Rockies’ highest mountain, Mount Robson, standing tall at 3,954 meters. Mount Robson is located within Mount Robson Provincial Park, making it easy for visitors to explore. The park is also a UNESCO World Heritage Site along with the rest of the Canadian Rocky Mountain Parks. Not only does the park have beautiful mountain ranges, but it also has glaciers, lakes and waterfalls, so there’s something for everybody. You can also see the mountain in various different ways. There are trails to see them on foot, you could canoe across one of the lakes or if you’re feeling adventurous, you could go rafting down the Fraser River.

Though Mount Robson is tall, it is not the highest in British Columbia. That title is awarded to Mount Waddington as it stands at 4,019 meters. Visiting this mountain is a little harder though and not for the faint of heart. It is most popular among mountain climbers due to its height.

The last mountain range is the Rainbow Range within Tweedsmuir Provincial Park. This is British Columbia’s biggest park at almost 1 million hectares. Inside, the mountains are aptly named Rainbow Mountains as they are made up of vibrant red, orange, yellow and lavender rocks. The park has various trails, canoe circuits around the lakes, and even an 853-foot tall waterfall, Hunlen Falls. You could easily spend days exploring all the park has to offer. To stay overnight, you can camp within the park or stay at the Tweedsmuir Park Lodge.

This is only 4 of the 8,000 mountains throughout British Columbia, but they are some of our favorites. You won’t regret paying them a visit.

Michelle is a full-time mother and part-time freelancer who spends her free time skiing, canoeing and sleeping. 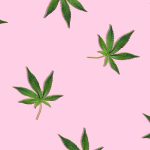 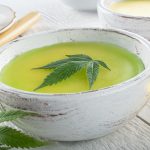