For many of us a warm, satisfying cup of liquid energy, aka coffee, to kick start our day is an essential enjoyment–whether it’s at home, during our commute, once we get to work or, for the real caffeine fiends among us, all of the above!

Typically, a cup of coffee costs anywhere between three and five dollars. However, for patrons of the California cafe, Klatch Coffee, there is now the option of partaking in the “world’s most expensive coffee.”

This exclusive brew, called Elida Natural Geisha 803, is named for its record-breaking price tag of $803 per pound at a recent auction following its victory at the Best of Panama coffee competition, which is pretty much the equivalent of the Oscars of the coffee world. The price rose to almost $ 1200 after roasting.

Only 100 pounds of beans were available to be purchased with a majority going to Taiwan, Japan, and China. Klatch Cafe managed to secure 10 pounds and is the only chain in North America to have it.

The cafe describes the blend as a rare variety of Arabica in Panama containing a tea-like, floral flavour with hints of berries and jasmine.

Customer Kevin Gandy told CBS Los Angeles at a Klatch shop in San Dimas, California, “I will definitely pay a premium, but $75 — probably not going to be happening for one cup.”

Clearly, this is an exclusive indulgence, but if you are someone who thinks Starbucks is expensive, this may put some things in perspective. However, for true coffee lovers, it may be worth a try.

Coffee is often an integral part of many individuals’ routines. It’s something that coaxes them out of bed in the morning and preps them for the day. Can you really put a price on that? If you had to, would it be $75?

* The Elida Natural Geisha 803 is currently sold out. Check back for updates. 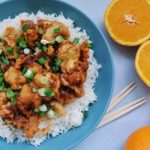 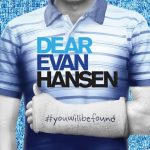