The battle of the bagels spans decades, with native Montrealers and New Yorkers respectively refusing to budge over the belief that their bagel is superior. Though I didn’t grow up in a household where bagels were frequently eaten, I have recently become a pretty big fan of this bread-like treat.

I prefer Montreal bagels (I’m partial to all things sweet), but I will admit that as a former resident of Montreal, I am a bit biased. That said, I’ve done my best to keep my bias out of the analysis below, where I outline the definitive (and objective) difference between Montreal and New York-style bagels. Read on and decide for yourself!

The most apparent difference between the two types of North American bagels? The ingredients. New York bagels are made with salt and malt; meanwhile, Montreal bagels contain no salt whatsoever. The latter also contains extra eggs than its American counterpart and is sweeter, due to the honey added to the water that they’re poached in before baking.

New York bagels are soft, chewy, and doughy. While Montreal bagels are also doughy, they are denser and crunchier than New York bagels. Also, they have a harder exterior thanks to the Montreal method of boiling their bagels in honey water before crisping them in the oven.

The cooking process for each type of bagel also differs. A New York bagel is first boiled before being baked in a traditional oven. A Montreal-style bagel, on the other hand, is boiled in water that contains added sugar and honey before being baked in a wood-fired oven. This unique method gives Montreal bagels their sweeter, crunchier texture.

What do both bagels have in common, you might be wondering? They both come in a variety of flavours, including sesame seed, poppy seed, onion, garlic, and of course, the genius that is the “everything” bagel, and they are both delicious covered in cream cheese. After all, a bagel’s a bagel, right? 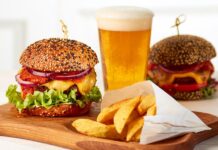 The Best Ways to Pair Food and Beer 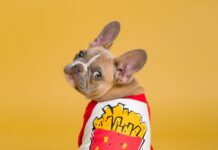 Foods That Are Safe for Your Dog 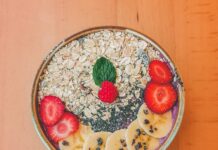