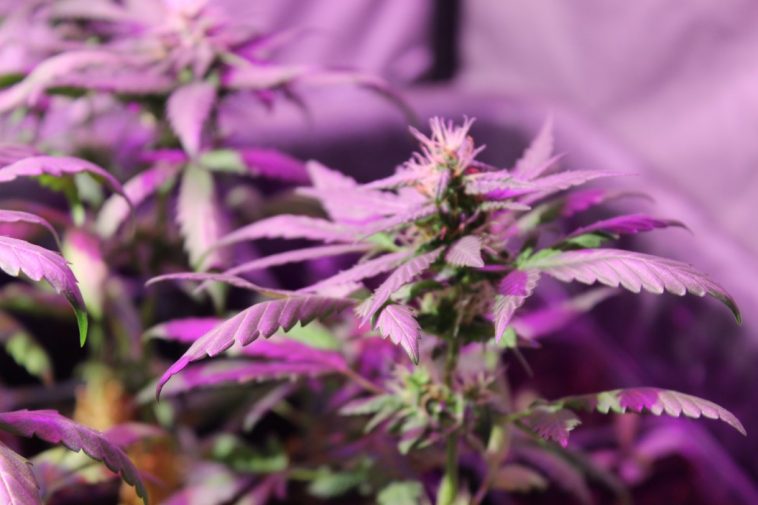 Have you come across some bedazzling purple buds and wondered if they are real. The answer is yes, purple weed exists. Some strains of weed are genetically predisposed to turning purple as they mature, and they will when optimal conditions are met. However, there is some fake purple weed out there. Read on to find the difference.

Weed lovers are always searching for new and better ways to take their weed, either as medication or for relaxation. We have witnessed the entry of fancy bongs and dab rigs, ingenious hybrid strains, and interesting cannabis infusions and ultimately there’s the purple weed. Of ingenious hybrid strains, I particularly adore White Tahoe Cookies, not just for taste, but it’s superb for those with an artistic flair.

Is this A Myth Or A Reality?

When I first landed my eyes on Grandaddy Purple I thought, “This must be a lovely photoshop.” It wasn’t, I was actually staring at a genuine purple weed strain.

Some cannabis strains have a purple hue, this colour usually surfaces at around the time the plant is going through the flowering stage. Genuine purple strains of weed include:

The intensity of the purple hue may vary from one strain to another. Mostly, the purple shows up on the flowers, foliage, and stems.

Is There Fake Purple Weed?

Because of the immense beauty of purple weed, some people have tried to coerce their weed to turn purple, literally. Coercion in this case entails:

As you may have guessed, all these measures have failed terribly. The end product looks nothing close to the beautiful purple buds of strains such as Granddaddy Purple. To give you an impression, when a plant is deprived or given an excess of some vital elements it will shrivel and wither. You may achieve a funny mix of purplish brown, but the overall picture is disappointing, to say the least.

How Not To Create Purple Weed

1. Do not subject plants to extremes of cold temperature

Truth be told, strains that are genetically predisposed to purple hues will need lower temperatures to turn purple at a certain stage. But you cannot take a Vanilla Berry Pie strain and subject it cold temperatures hoping that it will turn purple.

Think of it like your own skin, some weather conditions may give you a tan. But don’t expect to have a total change in skin colour by exposing yourself to extremes of temperatures. Farfetched analogy, but that’s the point.

2. Do not deprive the plant of vital nutrients

How To Create Real Purple Weed

1. Get the right strain

Choosing any of the above-mentioned strains of purple weed will set you on the right track toward achieving purple yields. Certain compounds known as flavonoids are responsible for giving plants their unique colours. Some plants will have an abundance of a particular flavonoid and this will predetermine their dominant colour it exhibits.

Anthocyanin is responsible for the purple hue found in purple weed strains. Other plants with purple colour also contain an abundance of anthocyanin, they include red cabbage, black currants, raspberries, and eggplant.

This is what happens, as the cannabis plant grows, the predominant compound is chlorophyll which gives the plant a green colour. Chlorophyll is able to tap solar energy that is essential at this point. As the plant matures, chlorophyll is broken down and other flavonoids get their “chance to shine.” Plants with a predominance of anthocyanin will turn purple at this time.

Having the right strain is not enough. There are a few more things you must do to allow the purple hue to manifest fully and beautifully. The first is getting the right temperatures. At warmer temperatures, chlorophyll dominates over anthocyanin and hence the plants are predominantly green. Lowering temperatures during the flowering stage will allow for the breakdown of chlorophyll. When this happens, anthocyanin takes center stage and the plant turns purple.

For this to happen, you need temperatures of around 50 degrees Fahrenheit during the night cycle. Don’t lower the temperatures during the daytime cycle. Also, keep the consistency and you should see some good results in a few days.

Secondly, maintain a neutral pH of the soil. Acidic and alkaline soils may prevent the plants from achieving their full potential in terms of hues.

Is there more to This than the Exoticness?

Here comes the bummer, purple weed is not more potent that your green coloured dank. It may not taste better or make you feel better, unless for placebo effects.

As mentioned earlier, purple weed is as a result of anthocyanin. Anthocyanin offers a good number of therapeutic benefits such as antioxidant and anti-inflammatory properties. Foods high in anthocyanins such as red cabbage and grapes have been used as food therapy in the management of inflammatory conditions such as arthritis.

When it comes to potency, different strains will have different amounts of THC (tetrahydrocannabinol) and CBD (cannabidiol) as well. This has nothing to do with either the presence or absence of anthocyanin, unfortunately.

How Do You Tell The Real Purple Weed From The Fake

Genuine purple weed smiles back at you, all the time. The purple hue is bold and unapologetic and it oozes vibrancy. Fake purple weed, on the other hand, is lacklustre; remember that this is generally a malnourished plant. 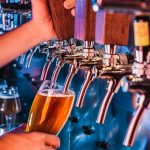 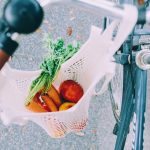