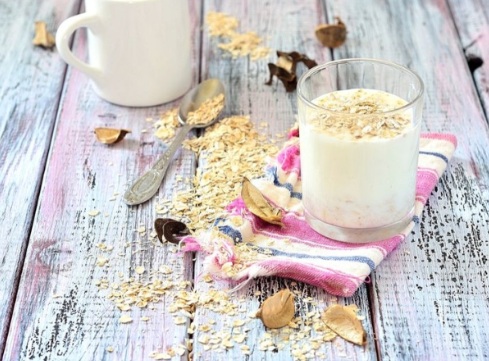 If you haven’t heard yet, you’re hearing it now. When it comes to non-dairy beverages, oat milk is quickly becoming a popular and new favorite. But when it comes to its ingredients, nutritional properties, and culinary performance, is it worth buying?

Like most other plant-based milk, the basic recipe for oat milk involves just two simple ingredients: oats and water. What makes oat milk unique, is that it is nut-free, making it safe to consume by those who have nut allergies. Oat milk is also safe to enjoy by those who are gluten-sensitive, as oats are inherently gluten-free. Certified gluten-free varieties are also available for those who need to take extra precautions. Also, not to mention, it is delicious. But is oat milk worth buying?

To this basic recipe, manufacturers may choose to also add in other ingredients such as salt, sugar, or vanilla extract. Preservatives and emulsifiers are also sometimes mixed in to help improve the milk’s shelf life and texture.

Similar to cow’s milk is oat milk’s caloric density. Per cup, most other plant-based milk is significantly lower in calories, as well as slightly lower in protein and fiber. Aside from soymilk, the protein content of plant-based milk, including oat milk, is generally shallow. Oat milk is, therefore, not considered a good source of protein.

The fiber content of plant-based milk is generally low, a slightly higher amount found in oat milk is valuable for two reasons. Research has found that most North Americans fail to meet their recommended daily fiber intake, which ranges between 25-38g, depending on your gender. Because of this, any opportunity to boost one’s fiber consumption, such as switching from almond to oat milk, could be considered worthwhile.

Another reason why the slightly higher fiber content in oat milk is so valued is that it provides the body with a specific type of fiber called beta-glucans. Beta-glucans are abundant in oats, and research has suggested that their regular consumption can particularly help to reduce LDL (bad) cholesterol.

Now that you know how oat milk stacks up against cows and other plant-based milk nutritionally, it’s time to consider another important factor before putting it in your shopping cart- its taste! Oats naturally have a subtle and sweet flavor and they can be blended to a finer crumb. Oat milk will have a creamier, fuller-bodied flavor and texture when compared to other plant-based milk.

Because of these unique properties, oat milk is considered to perform much better in baking recipes as well as when used to make espresso drinks. When it comes to using plant-based milk in coffee, a common complaint is that the coffee’s acidity and heat cause the liquid to separate. While oat milk is no exception, its popularity has led to the release of specialty, barista blend varieties. For coffee shop-quality enjoyment, phosphate is added to this version of oat milk, and it helps to buffer the coffee’s acidity and prevent separation.

With all of this in mind, remember that making oat milk yourself is likely to lead to a more flavorful finished product. Depending on how you plan to add it to your diet, making your own may be worth the time and effort. Because manufacturers attempt to save on ingredients, store-bought plant-based milk generally tends to taste more watered down compared to their homemade versions. So is store-bought oat milk worth buying?

All in all, oats have a lot to offer nutritionally, and oat milk appears to lend a better quality in taste and texture. Furthermore, compared to other non-dairy beverages, its unique properties suggest it to be more versatile in how it can be successfully incorporated into one’s cooking and diet. For these reasons, oat milk’s rise to fame seems fair, and trying it out yourself is highly recommended.

Mirieta is a Toronto born and raised foodie and aspiring Registered Dietitian. Her motto? All foods fit! It’s no secret that keeping fuelled with food that is both nutritious and delicious can be challenging at times. Lucky for you, Mirieta is here to help inspire your own (realistic!) journey towards improved health. You can find her on Instagram (@thesweetenedpea) or grabbing a coffee wherever the photo-worthy latte art is. 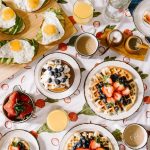 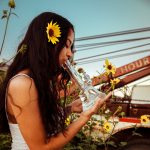