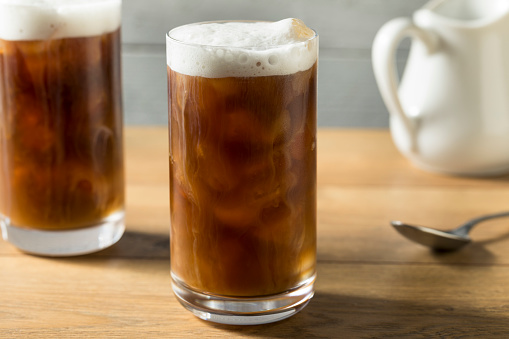 Nitro Cold Brew is becoming one of the most popular coffee beverages of the summer, taking the place of the tried and true classic iced coffee in coffee shops and grocery stores alike.

Stumptown Coffee, a famed roaster out of Portland, Oregon, released Nitro Cold Brew in a can to rave reviews in April of 2015 and has seen no sign of slowing down since. Many other cafes and restaurants are putting their unique twists on this refreshing source of caffeine.

If you haven’t given Nitro Cold Brew coffee a try, you’re missing out!

Nitro is cold coffee on tap that is infused with small nitrogen bubbles, giving the coffee a foamy, beer-like texture. If you’ve always wanted to have a beer for breakfast, it’s the next best thing!

Similar to beer, Nitro coffee comes in a keg. One line runs to the plain cold-brew tap while the other line gets infused with nitrogen bubbles as it pours out of the nitro tap.

Regular cold brew comes out just as you would expect with a plain, deep-brown colour. As the nitro pours out, it separates slightly into a lighter and darker blend topped off with a thick foam head, similar to Guinness beer both in appearance and texture.

Besides the appearance and texture, the nitrogen in Nitro Cold Brew coffee also adds a hint of sweetness.

If you usually add sugar to your coffee, Nitro Cold Brew may be a good alternative and enable you to cut down on your sugar intake and help avoid some adverse health effects.

Brewing Nitro coffee at a lower temperature can result in significantly less acidity, which is especially beneficial for those with sensitive stomachs.

A Matter of Preference

When it comes down to health benefits, regular and Nitro coffee are relatively similar; both contain antioxidants, caffeine and micro-nutrients that are essential to overall health.

Benefits of regular coffee include extended longevity, decreased risk of diabetes and depression, protection against dementia, and as a weight loss aid.

The next time you are looking to switch up your coffee order to add a little variety to your life, try cooling things down a bit with a Nitro Cold Brew instead.

A post shared by Enhanced Beverage Solutions (@enhancedbeveragesolutions) on May 14, 2019 at 6:53am PDT 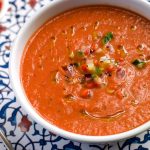 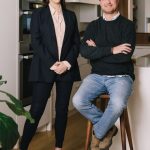