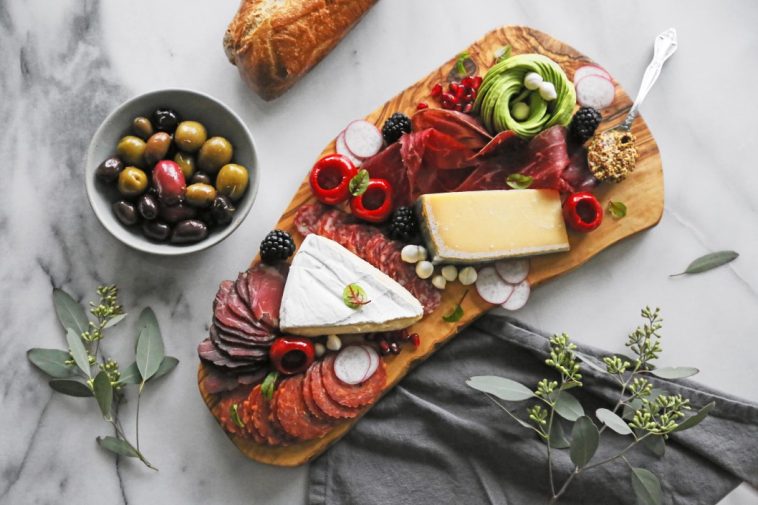 Originally intended as a way to preserve meats before the advent of refrigeration, Charcuterie (pronounced shar-COO-ta-ree), is popular on local menus for the flavours and textures derived from the preservation process. It has become more of an art, no longer driven by necessity but rather an expression of each chef’s talents and personality.
The word Charcuterie comes from the French word ‘charcutier’ which, generally translated, means ‘pork butcher’, which has naturally led to the misconception that these specialty meat plates are devoted only to prepared pork products. While yes, these meat confections are often from pork and include items like bacon, ham and sausage, other preserved fare such as terrines, pates and confit may be prepared with duck, beef or the like.

If you are looking for local Charcuterie or farm to table, with over two thousand Pork farmers in Ontario you shouldn’t have to look too far. In Niagara we look to Pingue Meats who led the charge in the late nineties, choosing only organic or free range pork for their locally renowned Prosciutto. Mario Jr. and his brother Fernando have chosen to carry on the family tradition of father Mario Sr. who was known to cure meats in his basement along the escarpment in the Village of St. David’s.

Originally intended for only home consumption, word quickly spread amongst locals of that delicious meat you could only hope to buy if you maybe knew a friend of a friend.

Today you can find their meats featured on menus across the region, at Reif Estate Winery a flight of wines is paired with a Pingue charcuterie plate at their chic sensory wine bar. Their acclaimed Prosciutto pairs with a bright Gamay Noir, while the Bresaola is married to a velvety smooth Merlot. Pingue‘s spicy Cacciatorrini pairs with Reif’s rugged Cabernet, and the Abruzzese, a sweet succulent salami, pairs with the sweet tannins in of the Red Meritage.

Just down the road from Mario Sr.’s home, Ravine Vineyard’s winery restaurant has taken the notion of farm to table to the next level; you only have to head across the farm to meet their heritage Tamworth pigs. Touted for their tender, flavourful, lean meat, the breed was selected by Chef Owner Paul Harbor after an evening of camaraderie with friend and fellow chef, Ryan Crawford of Backhouse restaurant.

Chef Ryan shares on his blog The Pigs Pen “…over a couple of beers (maybe 1 or 2 too many) I convinced my friend Paul Harbor of Ravine Vineyards to raise pigs with me. He had the land and I had…well no experience at all in raising any farm animal let alone pigs!! All I knew is that I needed a higher quality of pork for The Stone Road Grille. What could go wrong?” After a steep learning curve, about a year later, catching one of the pigs for butcher dwindled from about three hours to thirty minutes and both Chefs now share their local house-made Charcuterie with guests alike.

Ravine’s housemade charcuterie includes chicken liver parfait, house made pastrami, smoked duck breast, applewood smoked ham and pickled veal tongue. The plate was perfectly adorned with piccalilli, fennel slaw, Dijon, pickled quail eggs and house-brined preserves. Paul shared that his favourite ‘bite’ on the plate was the chicken liver parfait, the slaw and Dijon on their house made crostini. It was a delightful bite. The Ravine Cabernet Franc is a great match if you want to go right up against the protein or the Cabernet Rosé if you prefer a bit more acidity to offset the fats.

A renaissance of sorts is underway and the resurgence of house made fare is trending not only in Niagara but across the country. The art of charcuterie, let’s hope it is here to stay. 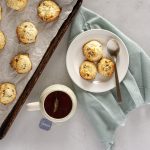 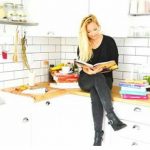